When members of the Apostolic Christian Church Nazarene began immigrating to other parts of the world they took their precious hymnbook with them.  The hymnal was translated into Spanish when churches began forming in Argentina.  The Arpa De Sion was first printed in 1959 in Buenos Aires, Argentina.  At one time this hymnal was widely used by the congregations there.  Elder Brother Horacio Roldan once shared that when he was younger, the church considered hymn 254 (It is a Good Thing to Give Thanks unto the Lord) as the "National Anthem" of the Nazarene Church in Argentina.  By saying this, he meant that the hymn was both well-known and enjoyed by their congregations.  More recent editions of the hymn book were printed in Windsor, Ontario, Canada (1996).

As Apostolic Christian Nazarene Churches spread into Mexico, the desire to take the beloved Zion’s Harp with them has inspired the effort to translate the Zion’s Harp into the Mexican dialect of Spanish.  This translation is still a work in progress. 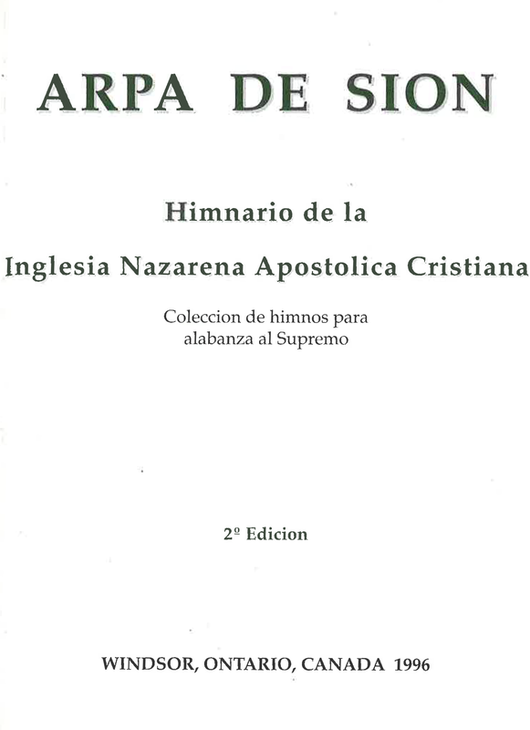